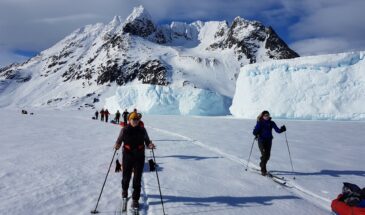 The spectacular snow and ice-covered landscape of eastern Greenland is the setting for this short expedition from Kulusuk Island, around Apusiaajik Island and to the Islands north of Apusiaajik.  Carved by glaciers, the terrain is crowned with magnificent peaks, and deep fjords dotted with giant icebergs trapped in the pack ice. 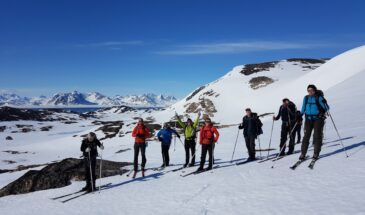 Kulusuk Island makes a perfect terrain for cross-country skiing, with its mountains and hills and beautiful coastline. The ocean is frozen between Kulusuk and the island to the west and north so one can follow the dogsled trails to visit Apusiaajik Island and admire the giant icebergs stuck in the winter ice.